The Federal Reserve and the Financial Crisis

Jerome H. Powell, a member of the Board of Governors of the Federal Reserve System, called recent legislative proposals to dilute its autonomy “misguided” during a speech at Catholic University’s Columbus School of Law on Feb. 9th. Invited to speak as part of the law school’s longstanding Brendan Brown Lecture Series, Powell’s remarks offered a vigorous defense of its actions in response to the steep national recession that began in 2008. “Evidence as of today is very strong that the Fed’s actions generally succeeded and are a major reason why the U.S. economy is now outperforming those of other advanced nations,” Powell said. 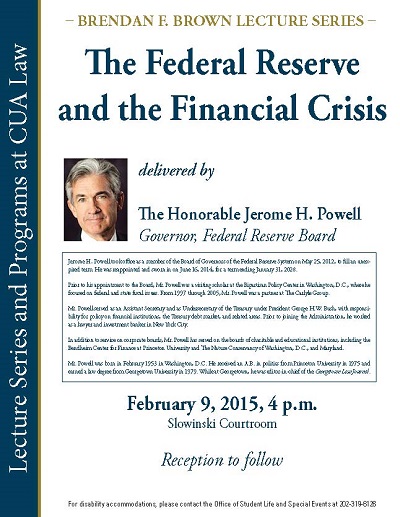 This document is currently not available here.