Judge O’Scannlain’s address posited that America’s approximately two dozen Catholic-affiliated law schools fulfill a critically important role in legal education, helping to form the character and intellect of future generations of lawyers while addressing questions of law, jurisprudence and constitutional self-government though the distinct lens of the Catholic intellectual tradition. The application of jurisprudence that is untethered to natural law—defined by the judge as a set of principles that derive from a comprehensive view of man’s purpose and destiny—risks subjecting human life, in his view, to “irresponsible, value-neutral notions of freedom” that poorly serve society as a whole. For that reason, he concluded, “the importance of Catholic law schools in molding American legal and general culture can hardly be overstated.” 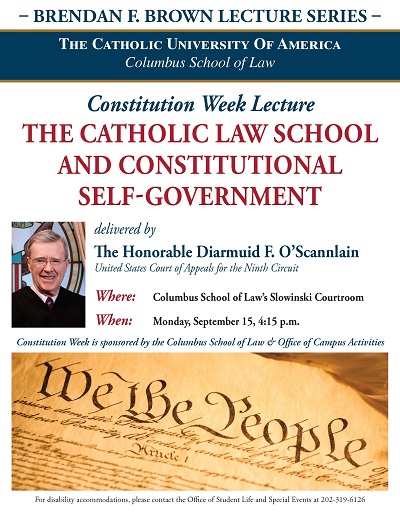