Quoting liberally from King’s famous 1963 “Letter from a Birmingham Jail,” which argued that he could rightly disobey duly enacted civil laws enforcing segregation and racial discrimination, Legge linked the evolution of King’s moral thinking to at least two significant influences: the writings of Saint Thomas Aquinas, and the inspired (if ultimately unsuccessful) Hungarian Revolution of 1956, a spontaneous nationwide revolt against the nation’s government and its Soviet-imposed policies. 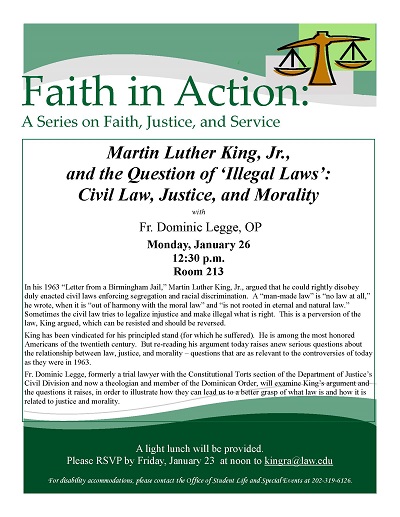