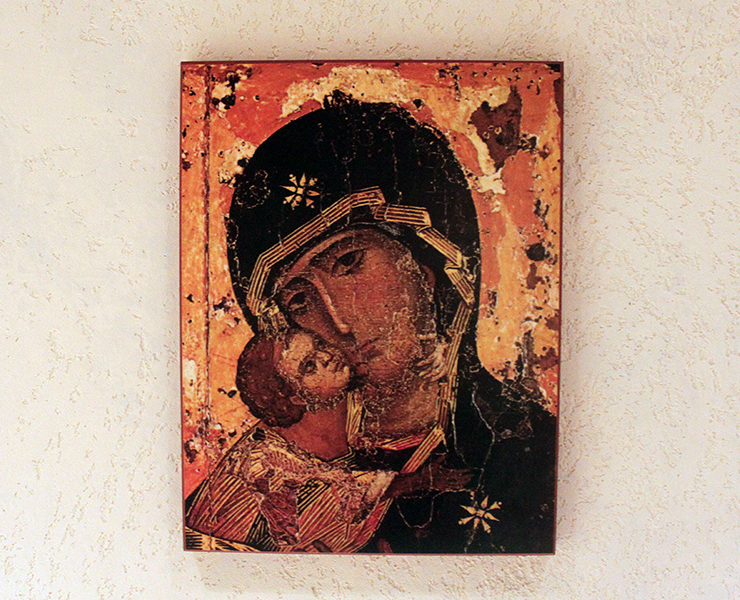 The Use of Tax Policy to Promote Justice and Human Dignity

On the evening of November 4, Regina T. Jefferson, Professor of Law at Catholic Law, delivered the 2021 Mirror of Justice Lecture entitled, “The Use of Tax Policy to Promote Justice and Human Dignity.”

The audience was welcomed to the Walter A. Slowinski Courtroom with opening remarks from Henry Urban, (3L), Vice President of Events of the Saint John Paul II Guild of Catholic Lawyers. Urban outlined Professor Jefferson’s career as a professor at Catholic Law and a sought-after expert in employee benefits, pension law, and tax law. He then welcomed her to the podium.

Jefferson thanked the Guild for the honor of speaking and began her address on justice in regard to tax policy and human dignity. Jefferson shared, “Being a lawyer is a noble profession. It presents tremendous opportunities as well as responsibilities—to serve society and humanity on many different levels. Regardless of the specialty one selects, or the sector one chooses to practice, lawyers are able to use their training to promote justice and human dignity in a variety of ways. In some areas of the law, the connection to human rights is obvious, in others, this connection may not be as apparent.” In her work surrounding tax policy, Jefferson has often been asked to explain the connection between tax law and human dignity. Over the course of her lecture, she provided an overview of the important role of taxation and tax policy in society and explain how that role relates to considerations outside traditional economic theory such as income equality, justice, and human dignity. In the latter portion of her remarks, Jefferson also highlighted how she has used her own teaching, scholarship, and service to promote justice and human dignity.

Jefferson concluded by saying, “The effective use of tax policies is one of the many ways where just distribution of the goods of this world can be achieved. Taxation is about much more than raising revenue. The tax rules and their underlying policies can be designed to serve the common good. They also can be used very effectively in support of behavior and activities that promote justice and human dignity.” 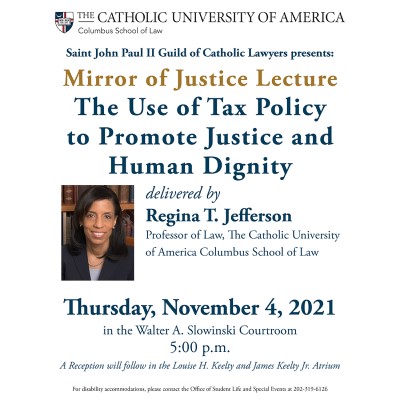 Jefferson, Regina T., "The Use of Tax Policy to Promote Justice and Human Dignity" (2021). Mirror of Justice Lecture Series. 13.
https://scholarship.law.edu/mirror_lectures/13