Third-year law student Melissa Nonaka examined the growing problem of the interception of much-needed generic drugs by European customs inspectors on sometimes dubious grounds. Held up at key transit points, the drugs—which include regimens for HIV/AIDS patients—are not reaching their intended recipients and putting their lives and health at risk. Her March 17th was the third lecture in the 2010-2011 Student Scholar Series, which seeks to recognize notable legal scholarship produced by students during the academic year, and to foster the skills associated with presenting and defending that scholarship in professional conference-style settings. 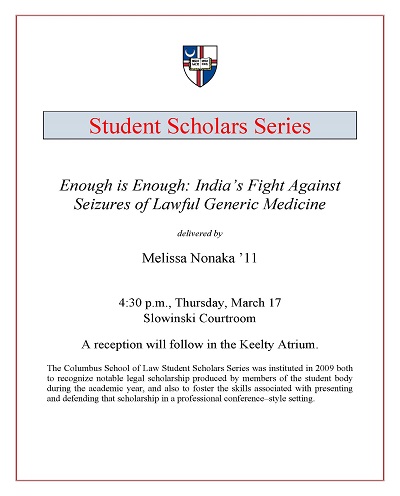